[This letter originally appeared in the pages of CCM Magazine.]

This letter is written in response to January’s letter attacking the song choice of Ghoti Hook’s new cover album, “Songs We Didn’t Write.”

First of all, because last month’s letter focused mainly on Ghoti Hook’s cover of a Dead Milkmen song, let me clarify that all of the DM’s songs are written in jest. To equate the DM with a band like, say, Marilyn Manson requires a lack of the ability to critically analyze anything. And because the Violent Femmes were also mentioned in the same breath, let me clarify that the song covered by Ghoti Hook (“Hey Nonny, Nonny”) is based off the 16th century poem Colin by the Shepard Tonie—required reading in some high school and college English courses.

To the author of the letter, I am astonished that you would rather a store refuse to sell a CD—the result of hours and hours of hard work by fellow Christians—just to prevent a few people from possibly buying a CD from another band. (I believe your exact words were, “Why take a chance?”) So, you would rush to judge and tear down your brothers in Christ to prevent such an off-chance? Honestly, I find your lack of concern for your fellow believers disturbing.

The fact is, the Bible tells us to give honor where honor is due (Rom. 13:7). That’s exactly what Ghoti Hook has done. They have given honor to music and songs they felt deserved honor. Period. They are not promoting the personal beliefs of the bands they covered or the business practices of their respective labels. …Any more than I promote the business practices of Microsoft by using its software or you promote the religion of your dentist by paying him money to clean your teeth.

You can’t get around having connections to the non-believing world. Jesus tells us to be in the world but not of it. You would rather we be neither in the world nor of it. You seem to think we, as Christians, should have no dealings with non-believers at all—that, to even sing a song written by non-believers deserves the scorn and the boycotting of Christians. Honestly, your “holier than thou” disdain for all things “secular” tells me that, had you lived during the time of Jesus’ ministry, you and the Pharisees would have gotten along just fine. 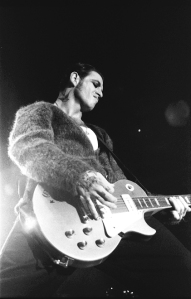 “Thank you. We’re really far from home,” Mike Ness responds as the crowd thunderously demands an encore. The band has just finished a growling set chalk full of old classics and several new tunes from their recent album “White Light, White Heat, White Trash.” Although the crowd was thoroughly excited over songs such as “Bad Luck,” “1945,” “I Was Wrong,” and the band’s latest single “When the Angels Sing,” they adamantly want more–an encore performance. So they give it to them–they being Mike and the rest of the boys from the veteran 50’s-style punk band Social Distortion.

The band has just made the last stop of their current national tour, here, in Washington, D.C., and following a week off, they plan to tour Europe for four weeks, then Canada for another three. “We’ll be back this Spring or early Summer,” Mike reassures fans who, following the band’s encore, are still begging for more.

It’s a wonder, however, that this long-silent band is even touring at all. It took four years for Social D to release the follow-up record to their commercially successful “Somewhere Between Heaven and Hell,” and some wondered what took so long.

“The band,” explains Dennis Danell (guitar player for Social D) “spent 20 months touring that album and it took much longer recording ‘White Light…’ than we expected.” In addition to that, their previous drummer, Christopher Reece, left the band and was replaced by the legendary Chuck Biscuits (from the Circle Jerks, Black Flag, D.O.A., and even Danzig.)

Singer/songwriter Mike Ness also wanted to spend a couple of years merely experiencing life itself to find inspiration for his writing. Some of the new lyrics on “White Light…” have been mistaken, by some, as Ness’ statement of faith or an announcement of his conversion to the Christian religion. Songs such as “I Was Wrong,” “When the Angels Sing,” “Crown of Thorns,” and “Down Here (W/ The Rest of Us)” speak of sin and redemption and contain many religious themes.

“It’s a spiritual thing.” Danell states. “Mike is into spirituality, not religion. He doesn’t subscribe to any religion, because he sees religion as something man-made. But his lyrics definitely deal with sin & redemption, decisions & choices, and certain options people have in life.”

Mike Ness was determined to write songs with more “soul,” because he was disgusted with today’s popular music. He has said before, “Alternative music has become so marketable that a lot of it’s become just imagery.” Ness wanted his new songs to have more substance.

George Mason students may have caught the band at the WHFS Holiday Nutcracker Festival held at the Patriot Center last December. But if you missed Social Distortion then and you didn’t catch the show last Wednesday night at the Capitol Ballroom in D.C., you will, as Mr. Ness pointed out at the show, have another chance to catch them sometime this Spring or early Summer. Don’t miss out on seeing them. Social Distortion is a band that’s raw, honest, and more intelligent than any of the alternative fluff out there today. 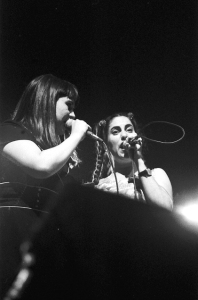 With a strum here and a strum there, punk/ska band, the Dance Hall Crashers, zipped through D.C. on Tuesday with a short, 45 minute show at the Capitol Ballroom. The band, currently on tour with punk old-timers, Bad Religion, is the opening act.

Dance Hall Crashers, a band bordering the genres of punk, pop, and ska, originated out of Berkeley, California. The band was originally started up by Rancid’s Tim Armstrong shortly after his former band, Operation Ivy, had disbanded.

“It was more of just a side thing,” guitarist Jason Hammon explains. “It was something intended to be more ska than Op Ivy, but at the same time it was just something fun to do. At the time, we were all in different bands. We didn’t intend to start up a real band.”

Although no longer involved much with DHC, Armstrong still contributes a bit. He wrote the song “Pictures,” which appears on Dance Hall Crasher’s 1995 release, LOCKJAW.

In the late 80’s, Elyse Rogers, a Berkeley student, joined the band as the female singer. The band’s lineup changed left and right until the addition of the second female singer, Karina Denike, in 1990.

The band’s harmonic female voices, clean strumming, and quick tempo give them a poppy sound that is attractive to all ages.

“I’ve always liked young audiences,” bassist Mikey Weiss adds. “If you play at a 21 or older place, all it is is a bunch of people holding their drinks. But when you get kids in there, and they’re having a good time, it makes you have a good time.”

The Crashers played an energetic, lively show even though the older, punk rock attendants gave them no support. Bad Religion fans failed to mix well with the sounds of the Dance Hall Crashers. Nevertheless, the band played their hearts out for those who were listening and dancing to their music. 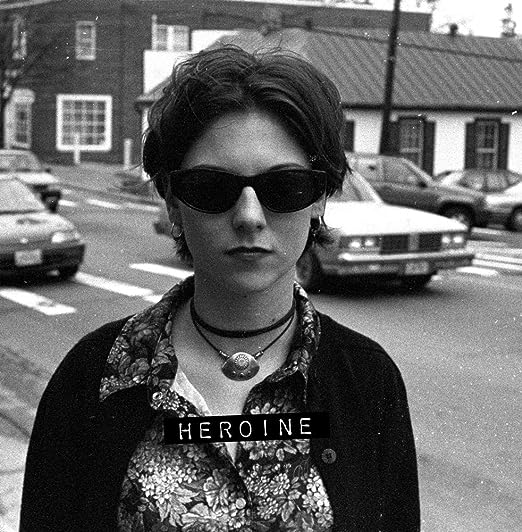 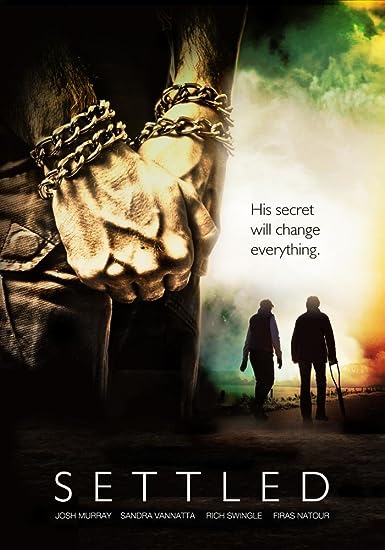