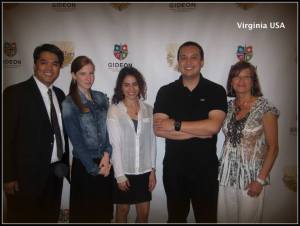 NoVA Christian Film’s Settled was screened at the Gideon Film Festival in Orlando, Florida today. The short film was nominated for Best Film, Best Cinematography, Best Sound, and Best Production Design, but unfortunately did not win in any of the categories.