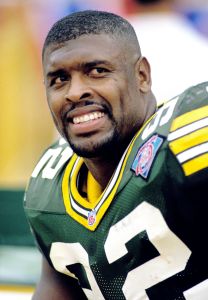 This article originally appeared in the Letters to the Editor of Broadside, the George Mason University student newspaper.

In the past few days, there has been much said about the statements Green Bay Packer Reggie White made to the Wisconsin assembly last Wednesday. He condemned homosexuality and commended several ethnic groups on their supposed “blessings” as a people. Though I, myself, am a Christian and share White’s determination to stand up for biblical teaching, I’m not here to endorse or refute White’s statements. Rather, what is concerning me is the apparent inconsistency the media covering this story have shown by their remarks.

I find it hard to believe that those who’ve been vehemently promoting the practice of tolerance in this country have not hesitated in blasting White for expressing his strongly-held beliefs. It’s nothing short of hypocrisy to say, on the one hand, “All views should be respected and treated equally well,” and on the other, “…well, all views except your Christianity, Reggie.”

Remember, Reggie White does not hold the view that “every opinion and preference is right.” He believes in a God that sets rules. Any deviation from these rules White believes to be a sin and is wrong. This is his view. He believes it, so he endorses it. Any logical human being will endorse what he believes to be true.

The tolerance-mongers in the media and in our society, instead of practicing their precious tolerance have said, “You can’t have those views!” For the sake of consistency, I thought their reaction would be, “Well, I don’t agree with you, but that’s OK. Both our views are equally valid.”

The bottom line is: Reggie White practices what he preaches, and the liberal media do not. To me, the only real villain in this story is the hypocrite.

I also wanted to remark specifically on his ethnic “commendations.” Reggie White expressed what he thought were blessings God has bestowed on particular races. He singled out specifics (i.e. Whites are good at organization, Blacks at worship and celebration, Hispanics at family life, Native Americans at spirituality, and Asians at innovation and creativity). When I was listening to this portion of his speech, I couldn’t help but be reminded of all the ethnic celebrations we hold here at GMU.

We have Black History Month, Asian Awareness Week, International Week, and many other celebrations designed to identify and celebrate particular accomplishments, beliefs, and lifestyles of the many different ethnic groups that make up our university. When we watch the International Fashion Show, for instance, we don’t object, “That’s stereotypical! Not all (fill in ethnic group here) dress like that!” Rather, we celebrate our differences and take pride in the fact that “our race” has its own history and list of accomplishments. Differences in abilities and cultures is a good thing. Otherwise, what’s the point in making ethnic distinctions? There are distinctions, so why ignore them? I, for one, would hate it if everybody was exactly like me (what a boring world that would be!).

But whether you take pride in your differences or wish everybody was exactly the same, or whether you think all views are equal or believe your view to be the only correct one, what our society should promote and commend is the consistency between your beliefs and your actions. If you believe one way, be consistent with your belief. If you don’t have integrity, you don’t even have an argument and no one will ever listen to you.

Regardless of my shared religion with Reggie White, I totally respect him for not compromising on what he believes to be true. Integrity is truly a great thing.